How To Hammer Quietly: 6 Ways

If you live in a terraced house, a flat, apartment or a shared home then your essential D.I.Y jobs can quickly become the bane of someone else's life.

Hammering nails into walls in the evenings when your kids are sleeping isn't going to make you any friends, yet for many of the evenings are the only times we have free to do these sorts of jobs.

Here are 6 things you do to significantly dampening the amount of noise that each blow makes when you are hammering:

1. Use A Soft Faced Hammer

Using a purpose made soft face hammer will make each blow far quieter.

Rubber mallets can also be used however make sure that the nails you are using have a broad head as narrow heads will damage the mallet.

Combine your soft-faced hammer with some of the other techniques below for maximum quietness when hammering.

2. Use A Rubber Bench Block

Rubber bench blocks are commonly used by silversmiths, metalsmiths, watermakers and anyone who works with anvils or metalworking tools. 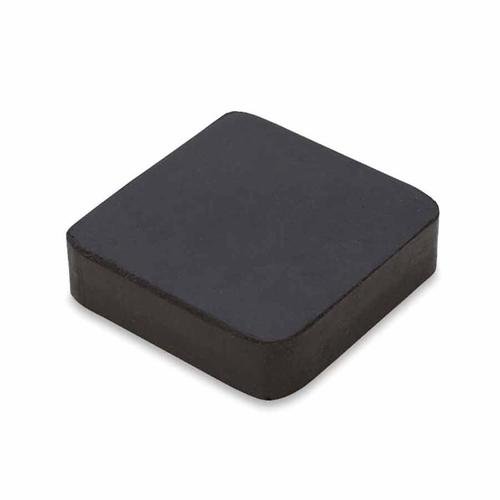 While not specifically designed for hammering as such they can be a great piece of kit to have at your disposal.

A small rubber bench block can be placed between the nail head and your hammer when striking, this works well whether you're working on a bench on knocking a nail into a wall.

Rubber works extremely well for dampening impact vibrations as it is thick, dense and elastic meaning vibration energy is significantly dampened when the hammer hits it.

If you don't have access to a rubber bench block old cloth can do the job just as well.

Simply get some old cloth and place it over the nail head before you hit it.

The more cloth you use the quieter it will be.

Just be aware that using cloth (and the previously mentioned rubber bench block) will dampen the force of the blows as well as the sound so you will have to hit the nail more to get each nail all the way in.

This is an obvious one but it makes a huge difference.

Hitting the nail with less force will make less noise.

5. Use A Rubber Floor Mat

If you are hammering on a bench then placing your bench on a rubber floor mat will help dampen vibrations traveling through the bench into the floor.

Combined with a rubber bench block this can make a significant difference to overall noise.

Being aware of where you are when you are hammering is important.

Hammering in the corner of a room or inside a small room will create more echo than hammering outdoors or in a large open area will.

If your kids are sleeping upstairs be careful not to hammer directly beneath them, especially not if you are hammering nails into the walls.

If you do this the vibrations will travel through the walls directly up into their room.

Why Is Hammering So Noisy?

Hammers cause a lot of impact noise because they are intended for creating impacts to drive in nails.

They create a short sharp impact which results in a burst of energy which both embeds the nail and releases noise.

Softening your blows by using less force and dampening each blow with cloth, a rubber block and a softer hammer will mean it takes longer to drive in a nail however these are the best methods to use to hammer quietly.

Many jobs that nails are neccessary for can also be done with screws.

Screws of course take far longer to screw in than it does to hammer in a nail, but if you only need to put in a few nails then using screws is a great alternative as no noisy impact is required.

Finally, if you are someone who regularly hammers then it may be worth looking into soundproofing your garage to create a noise-proof workshop space.

I'm Dan, I live very close to an internationally famous stadium which generates an awful lot of noise that I'd rather block out.

This is my place to document what I've learnt on my soundproofing journey.
SOUNDPROOF PANDA

Soundproofpanda.com is a participant in the Amazon Services LLC Associates Program, an affiliate advertising program which is designed to create a way for website to earn advertising fees by advertising and linking to Amazon.com, Amazon.co.uk and other versions of Amazon.

​We may also earn small fees from other affiliate programs.